This is the seminal album that gave birth to the Blue Note Sound, to Art Blakey and The Jazz Messengers and to the Horace Silver Quintet. Shifting be-bop into an earthier, more blues-gospel orbit connected with audiences and forged the direction that hard bop would take for years to come. Kenny Dorham, Hank Mobley, Silver, Doug Watkins and Blakey deliver Horace’s compositions with panache and solo with heart-felt invention. A classic.

In 1963, alto saxophonist Jackie McLean was well aware of John Coltrane and Ornette Coleman. He assembled a band with vibist Bobby Hutcherson, who had already played with Eric Dolphy, drummer Tony Williams, bassist Eddie Khan, and trombonist/composer Grachan Moncur III. While still adhering to the hard bop principle, One Step Beyond’s title is literal. The introduction of space as an element in the twin-horn front line is consistent with what would come later that year on Destination Out! McLean is clearly hearing the Eastern modalism and intervallic invention in Coltrane’s sound at this point, but still moves in his own direction, sticking very close to the blues and the hard, even relentless, swing provided by Williams on the kit. The CD version of the album contains two takes of McLean’s “Saturday and Sunday,” which make use of the insistent blues line and Williams’ driving and dancing drumming style. But the true visionary compositions here are Moncur’s “Frankenstein” and “Ghost Town.” Their unconventional solo horn melodic statements followed by two horn choruses and their irrepressible urge to use Hutcherson’s vibes as a contrapuntal element, while spreading out his chords so wide that he comes off as a pair of pianos playing complementary harmonic strategies, are revolutionary. Add to this Moncur’s insistence on soloing inside the changes as McLean moves through the register and becomes increasingly dissonant, and you have a true doppelgänger effect — but one that swings like mad. One Step Beyond may have been the first volley McLean fired in the direction of the new jazz, and played it safe enough to ride out the hard bop he helped to create, but he cannot be faulted as a bandleader, as this music still sounds fresh, vital, and full of grainy mystery. (allmusic)

This is “Miracle Man” the first single from the forthcoming album “Bless The Ladies” by Soul Combo, the italian collective formed by the soul singer Al Castellana and his fellow Daniele “Speed” Dibiaggio. “Miracle Man” features the voice of the italian lady Nicole, nothing but great soul music, watch the video below, enjoy! 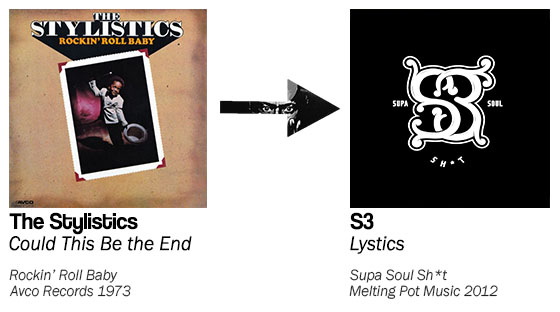 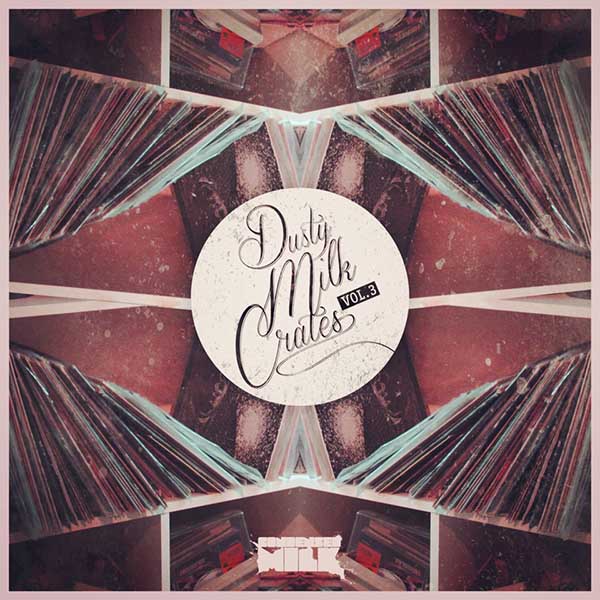 This is our final installment from the 3 volume series of Instrumental Compilations. Condensed Milk have carefully selected a number of beat makers that we feel embody the essence of creativity outside of the status quo and represent a part of their city’s involvement in the beat movement. Condensed Milk are proud to have each artist on board the Dusty Crates project as we hope to bring theIr music to a much larger audience.

Much love and respect to all the great talented individuals involved in this compilation, and of course the supporters.

This is “PopStopper” the lead single from G&D’s forthcoming album “The Lighthouse” that will be released on May 21st via SomeOthaShip Connect, stream and download below enjoy!

Fist track taken from the forthcoming album “The Trip” by the german beatmaker Dexter that will be released on May 17th on Melting Pot Music, “You & I” is available as free download, stream and download below, enjoy!

This is “Nostalchic” the debut album of the english artist Lapalux released on Flying Lotus’ label Brainfeeder, Lapalux dropped a big one but “Nostalchic” is not for everybody, in fact i think we are in typical Love/Hate situation, 12 great tracks between a blend of R&B, glitch & electronic sound. You can stream “Nostalchic” in its entirety at Resident Advisor and get a copy at www.brainfeedersite.com enjoy!

The English band Portico Quartet is back with a double album entitled “Live / Remix“. “Live” features live recordings tracks from the eponymous album released in 2012, Portico Quartet, with also “Clipper” and “Dawn Patrol” two tracks from their past albums. “Remix” curated by Portico Quartet, features mixes of their music by some of the band’s favourite producers and DJs like: Will Ward, SBTRKT, Luke Abbott, Scratcha DVA, LV, Capac, Konx-om-Pax and Luca Lozano.

While “Live” is really beautiful and you can feel the energy through all the tracks, “Remix” instead is too anonymous and it seems like a “B Side” of the album but overall “Live / Remix” it’s something that you can not miss.  Down below you can watch/listen the live version of “Steepless ft. Cornelia”.