The french producer Evil Needle is back with his new album called “Qualia” released on HW&W Recordings. From heavy electronic beats to more gentle melodies “Qualia” can be really listened by everyone. “Qualia” is available now at huhwhatwhere.bandcamp.com enjoy!

mixamelo# “a mix/mixtape every monday”: This Monday by Inphy, 22 yrs old beatmaker from the Czech Republic. 50 Minutes of heavy beats recorded  live in Ableton with his APC 40, you can stream & download the mix down below, press play and enjoy! 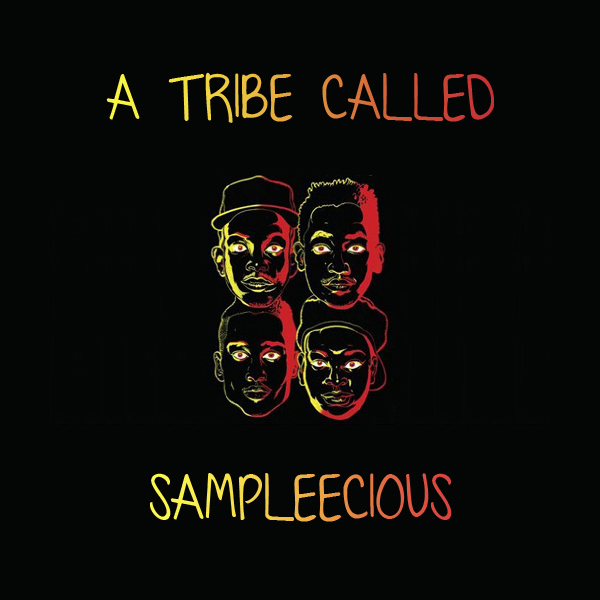 If you follow Rappamelo on Facebook you may have seen “A Tribe Called Sampleecious“, basically a spotify playlist with songs sampled by A Tribe Called Quest. A lot of you guys really appreciated the idea and many people asked for a download….. so here it is! Tracklist below and download at the bottom, enjoy!

you can still stream “A Tribe Called Sampleecious” on Spotify.

So dubbed because these three sessions — two from early 1949, one from March 1950 — are where the sound known as cool jazz essentially formed, Birth of the Cool remains one of the defining, pivotal moments in jazz. This is where the elasticity of bop was married with skillful, big-band arrangements and a relaxed, subdued mood that made it all seem easy, even at its most intricate. After all, there’s a reason why this music was called cool; it has a hip, detached elegance, never getting too hot, even as the rhythms skip and jump. Indeed, the most remarkable thing about these sessions — arranged by Gil Evans and featuring such heavy-hitters as Kai Winding, Gerry Mulligan, Lee Konitz, and Max Roach — is that they sound intimate, as the nonet never pushes too hard, never sounds like the work of nine musicians. Furthermore, the group keeps things short and concise (probably the result of the running time of singles, but the results are the same), which keeps the focus on the tones and tunes. The virtuosity led to relaxing, stylish mood music as the end result — the very thing that came to define West Coast or “cool” jazz — but this music is so inventive, it remains alluring even after its influence has been thoroughly absorbed into the mainstream. (allmusic)

This 1963 session was Henderson’s debut as a leader, and it introduced a strikingly individualistic tenor saxophonist, with a distinctively muscular sound and approach, as well as a talent for finding a personal route through the dominant tenor styles of Sonny Rollins and John Coltrane. At the time of the session, Henderson worked regularly in a quintet with the veteran trumpeter Kenny Dorham, and the two enjoyed a special chemistry apparent on several Blue Note recordings under their individual names. One unusual facet is the hard-bop take on the then emerging bossa nova, apparent in the first recording of Dorham’s now standard “Blue Bossa,” on which Henderson’s thoughtful construction is apparent, and the saxophonist’s own coiling Latin tune, “Recorda Me.” Pianist McCoy Tyner, bassist Butch Warren, and drummer Pete LaRoca provide more than solid support for a date that’s as often reflective as it is forceful. –Stuart Broomer

A lean, tough set that was not only a triumph for Peebles, but illustrated how the Hi label had surpassed its crosstown Stax rival for quality Memphis soul in the early ’70s. The guitars are spare, funky, and bluesy, the horn section punchy, and the material far earthier and down-home than the increasingly formulaic grooves at Stax. There were three modest R&B hits on the album (“Slipped, Tripped and Fell in Love,” “I Feel Like Breaking Up Somebody’s Home,” “Somebody’s on Your Case”), much of which was penned by Peebles or her husband Don Bryant. Peebles’ vocals were convincingly biting, and she never, unlike many other singers of the era, tried too hard for her own good. The main flaw of the record is its length (26 minutes), which was short even by early-’70s standards. (allmusic)

“Blue Note: A Story of Modern Jazz” is a film documentary directed by Julian Benedikt released in 1997, the film concentrates on the label’s glory days, the ’40s, ’50s, and early ’60s and tracks the creation and history of this legendary record label, it features many of the stars on their roster in interviews like Lou Donaldson, Bobby Hutcherson, Ron Carter, Herbie Hancock, Freddie Hubbard, Dexter Gordon, Johnny Griffin, J.J. Johnson, Gil Mellé, Bob Cranshaw, Max Roach and Horace Silver, renowned engineer Rudy Van Gelder and many many more….. you will love it! watch it below, enjoy!