When Art Blakey’s Jazz Messengers expanded to a sextet with the addition of Curtis Fuller on trombone, the group took on the character of a small big band propelled by Blakey’s forceful drumming. Buhaina’s Delight, another session in the long line of great Blue Note dates from this period, displays that classic line-up in pristine form. With Freddie Hubbard replacing Lee Morgan, Cedar Walton replacing Bobby Timmons and musical director Wayne Shorter, the Messengers were full of fresh sounds and vibrant with energy.

Uncharacteristically for a Messengers session, the relaxed shuffle “Backstage Sally” opens the disc in a laid back groove. Shorter’s brilliant playing is featured prominently on this session on the delicate ballad “Contemplation” and many stunning solo spots. The title track (dubbed for Blakey’s Islamic name, Buhaina) and a dynamic arrangement of the standard “Moon River” are excellent examples of the classic Messengers sound: challenging horn arrangements, expressive soloing and assertive drumming by the leader. Also included on this set are bonus takes of all but two of the original tunes. For any Messengers fan, this is a delightful package, indeed.

New music from Andreya Triana!  just her voice and a piano but she is damn good. Listen to “Song For A Friend” while we wait for her new album, stream below, enjoy. 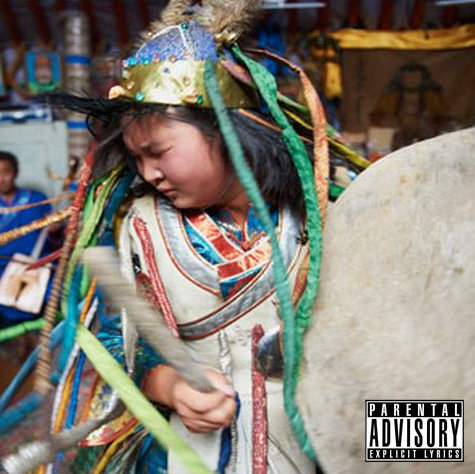 This is “8 Miles To Moenart” the debut album by the Detroit producer Tall Black Guy on First Word Records. 8 tracks covering hip hop with downtempo/jazz/soul  influences.  “This record encapsulates the musical heritage of Detroit, through the looking glass of Tall Black Guy’s own signature sound.” Suggested! “8 Miles To Moenart” is available now at shop.firstwordrecords.com enjoy!

Hardly as angst-ridden as Chet Baker’s legend would suggest, 1958’s It Could Happen to You is Baker still riding high, a star winsomely crooning some favorite standards over subtle accompaniment by small groups whose members include pianist Kenny Drew, bassist Sam Jones, and the unstoppable Philly Joe Jones on drums. Baker’s boyish moods are perfect for the likes of “How Long Has This Been Going On?,” “You’re Driving Me Crazy,” and (believe it) “Everything Happens to Me.” –Rickey Wright

Originally released in May 1958, Black Pearls was a major step forward in the career of tenor saxophonist John Coltrane. Though Coltrane was already known as a fine soloist, mainly due to his association with Thelonious Monk’s quartet, Black Pearls proved that the saxophonist could also be a creative innovator. This dense, harmonically complex trio of compositions begins with the title track, a minor-mode but sprightly affair from the team of Romberg-Hammerstein. “Black Pearls” benefits from “the Coltrane changes”, chords that modulate every two beats instead of every one or two bars. His flurry of 16th notes is complemented by his use of substitutions, the practice of replacing common chords with complex chords consisting of higher intervals. In taking this practice to the extreme, the soloist fashioned a playing style referred to as “sheets of sound”. The same songwriting team returns in “Lover Come Back to Me”, which features an especially prescient Donald Byrd, who wields his trumpet with both fury and discipline. The final track is Robert Weinstock’s “Sweet Sapphire Blues”, a themeless, A-major excursion dominated by pianist Red Garland. Using the full range of the piano, Garland demonstrates his grasp of a number of performance styles within the 18-minute opus. Coltrane joins in with solo runs containing a multitude of melodies and rhythms, while drummer Art Taylor does more than simply keep time. The casual poise of Black Pearls is one of the album’s many pleasures, as is Coltrane’s democracy in allowing each member of his quintet to shine. An underrated, solid studio gem.

Organist Don Patterson went through a richly productive period in the ’60s, fashioning a fortress of funky organ jazz hi-fi on the Prestige label. Various brave knights marched forth through the massive gates which can be imagined as fronting this real estate, their identity at times key to decisions made by fussy collectors regarding which Don Patterson album to own, which to stroll on by. Hip Cake Walk can also get the nod based on album title coolness, a set of standards promoted by individuals who absorb this kind of information as if blotting up anesthetic. Meanwhile the aforementioned scouts have identified brave knight Booker Ervin, a favorite of tenor saxophone fans one and all, the man who plays a beat as if winning the penalty kick, whose horn was once used to cook fish soup for Pancho Villa. The presence of one solid Patterson original after the other, from the title tune through the holistic introduction of “Sister Ruth” and the webbed-foot swing of “Donald Duck”, trumps any previously stated reason for this album’s special status. “Hip Cake Walk” is sliced and strolled with for more than a quarter-of-an-hour, alto saxophonist Leonard Houston jousting, knocking burning candles off drummer Billy James’ head which he then replaces with icing dripped off his sticks. Cover material is also nicely selected, an Earl Hines classic given a clever updating and “Under the Boardwalk” allowed to conclude the program with an enduring vision of the Drifters drifting out to sea, clinging to the keys of Patterson’s organ, a lifesaver indeed. (Eugene Chadbourne)